Version 4.1.1-201707111115 is a major release; thanks to a contribution from SiFive, the project was enhanced with support for RISC-V devices and, to better reflect the multi-platform nature, was rebranded GNU MCU Eclipse.

Important: the public URL for the new v4.x Eclipse update site is (http://gnu-mcu-eclipse.netlify.com/v4-neon-updates/). 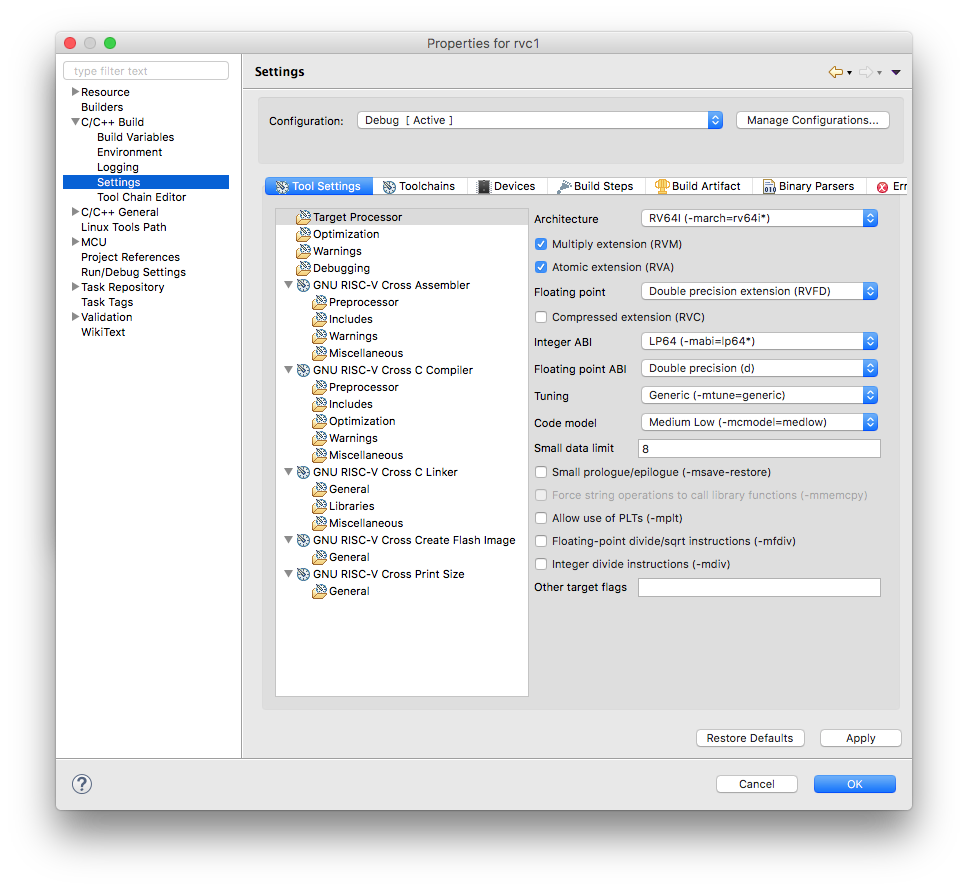 Comments on the content of this page that might be useful for other readers are welcomed here. For question and general support, please use the project discussions pages.