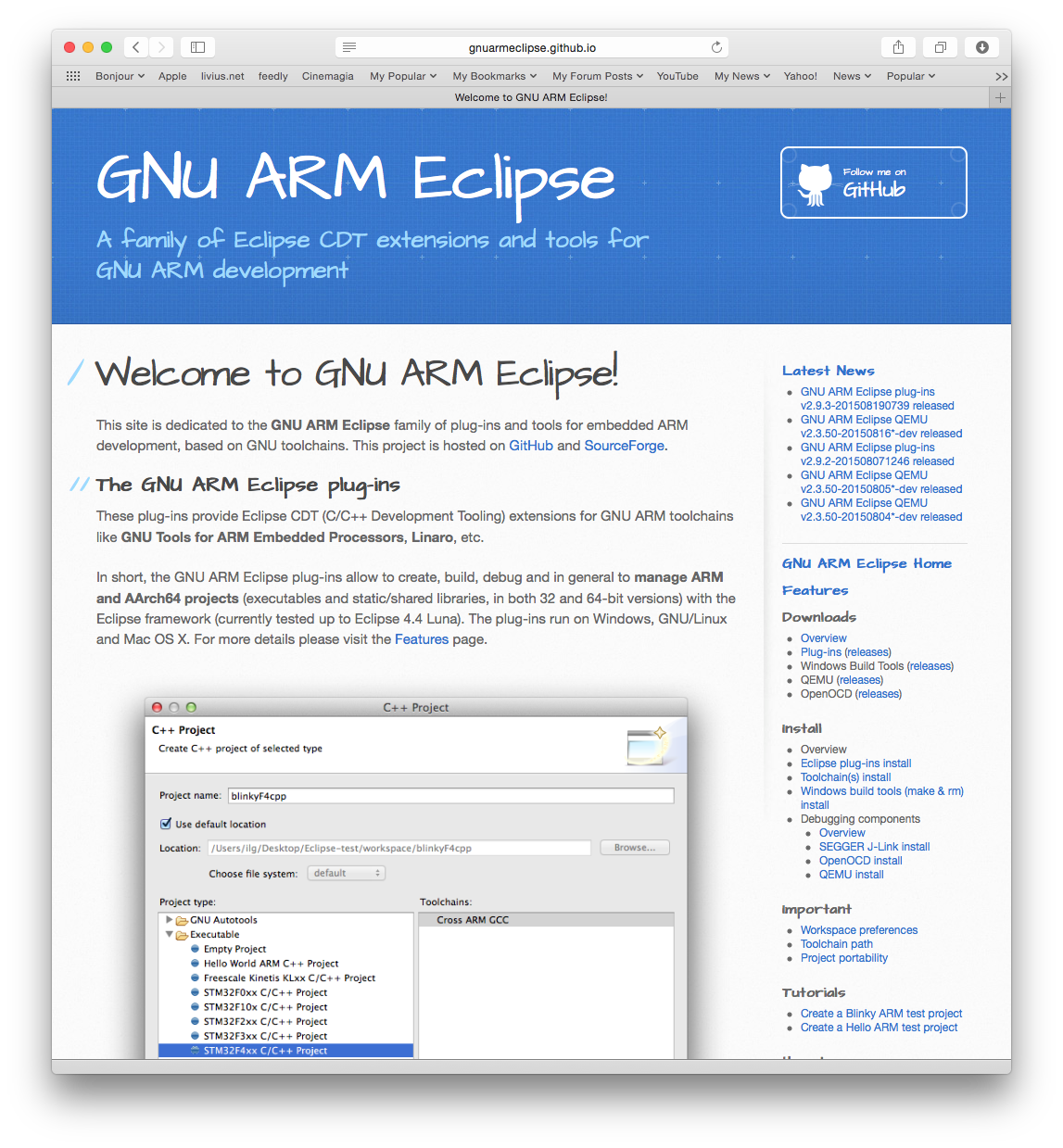 Apart from the aspect (definitely cool!), the main functional change is the addition of the right sidebar, to facilitate access to the project documentation.

The new site no longer uses WordPress; instead, it is entirely static and was generated with Jekyll.

With GitHub gaining more and more traction, the GNU ARM Eclipse project was migrated from SourceForge to GitHub. 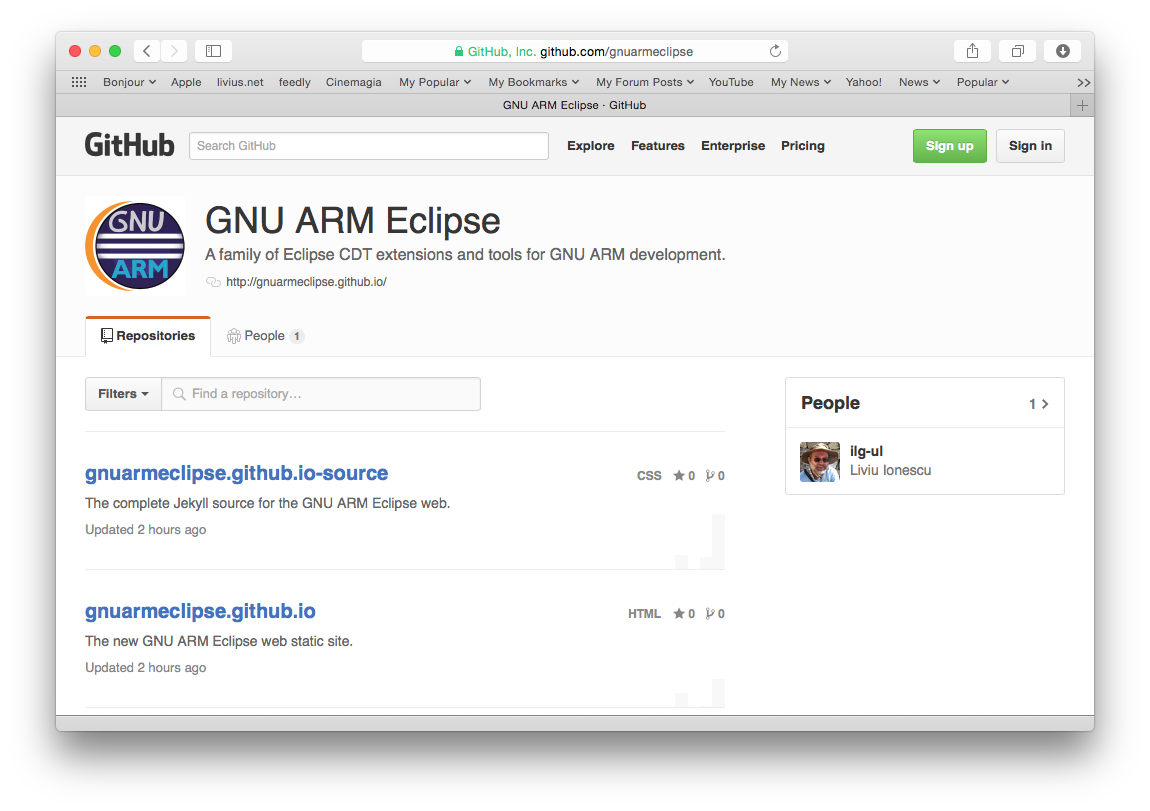 The migration of repositories was easy, each project was pushed into its own repository.

The current project repositories are: 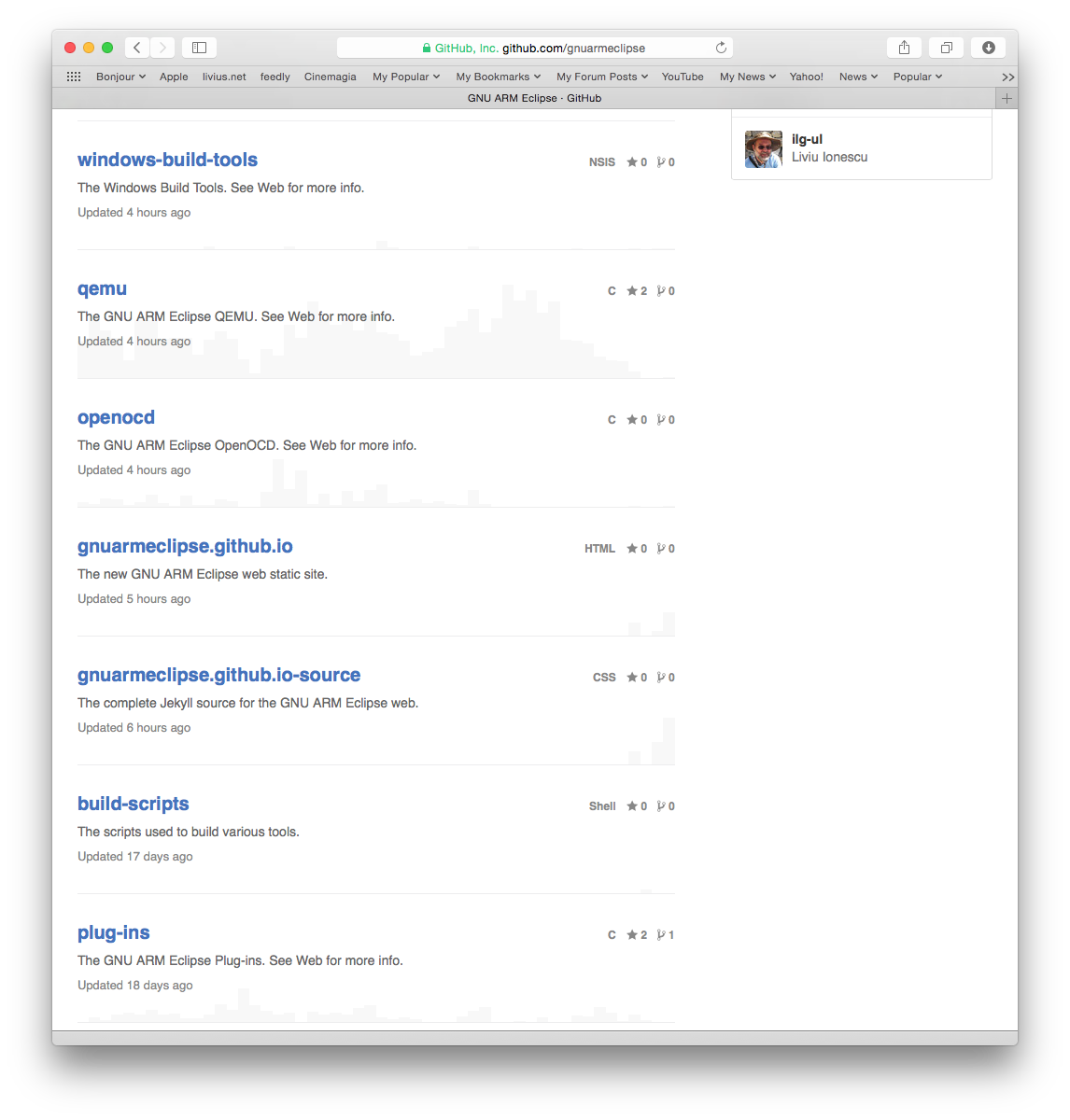 The migration of binary files was a bit more complicated, and, due to current GitHub limitations, is incomplete. The main problem was raised by the two Eclipse update sites, which require a certain folder structure, and since GitHub currently does not support adding folders to releases, the Eclipse update sites will remain hosted on SourceForge (at http://gnuarmeclipse.sourceforge.net/updates).

Except the Eclipse update sites, all future binary files will be published as GitHub Releases, attached to the respective project repositories.

The archive of past releases was also migrated from SourceForge to GitHub. 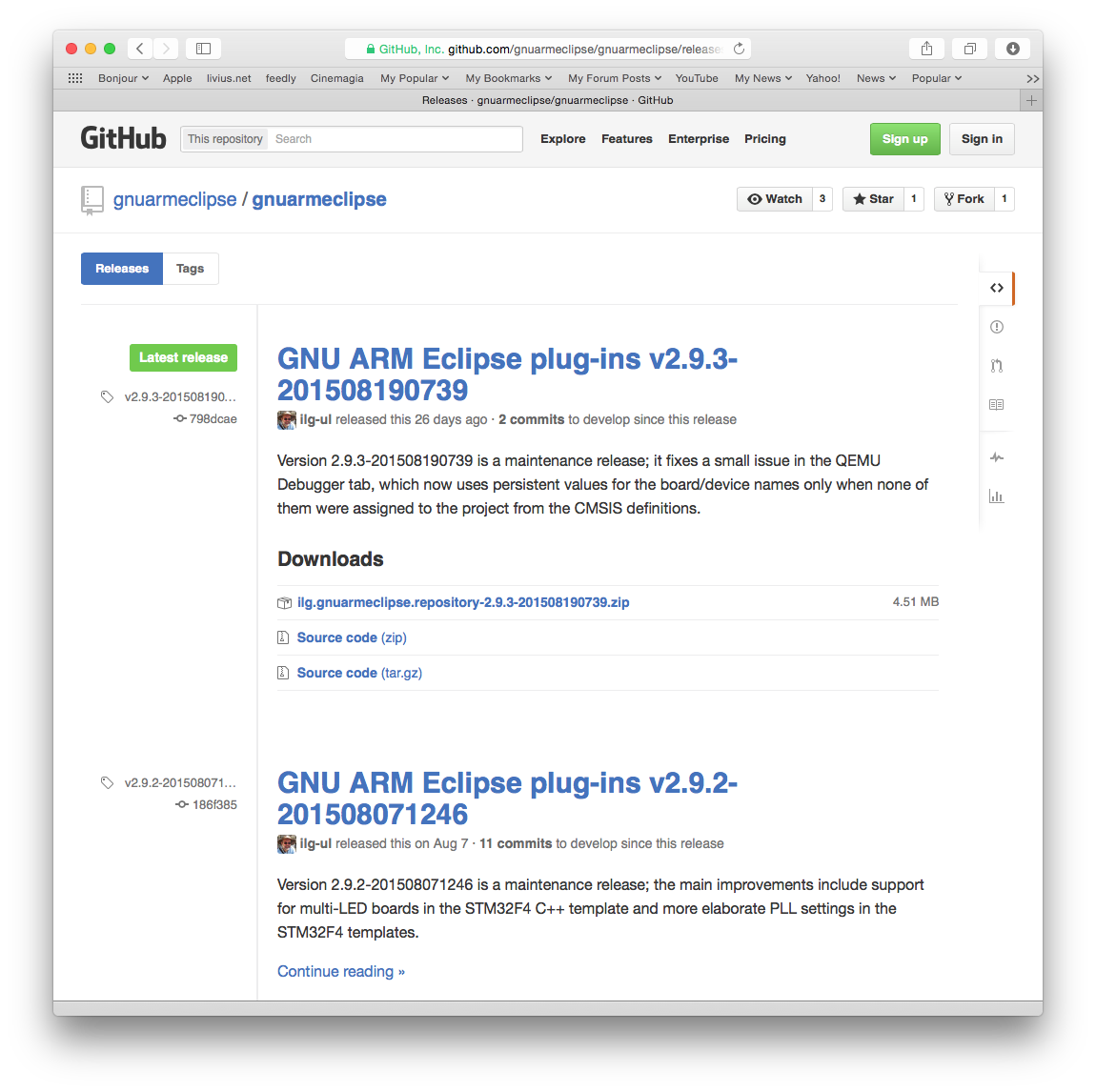 The SourceForge trackers were replaced by the GitHub Issues trackers, one for each project.

It is planned to preserve the content of the old SourceForge trackers, even if now they are locked and new tickets cannot be created there.

For those interested in receiving notifications, the recommended way is to subscribe to the GitHub projects, by clicking the Watch button and selecting Watching). 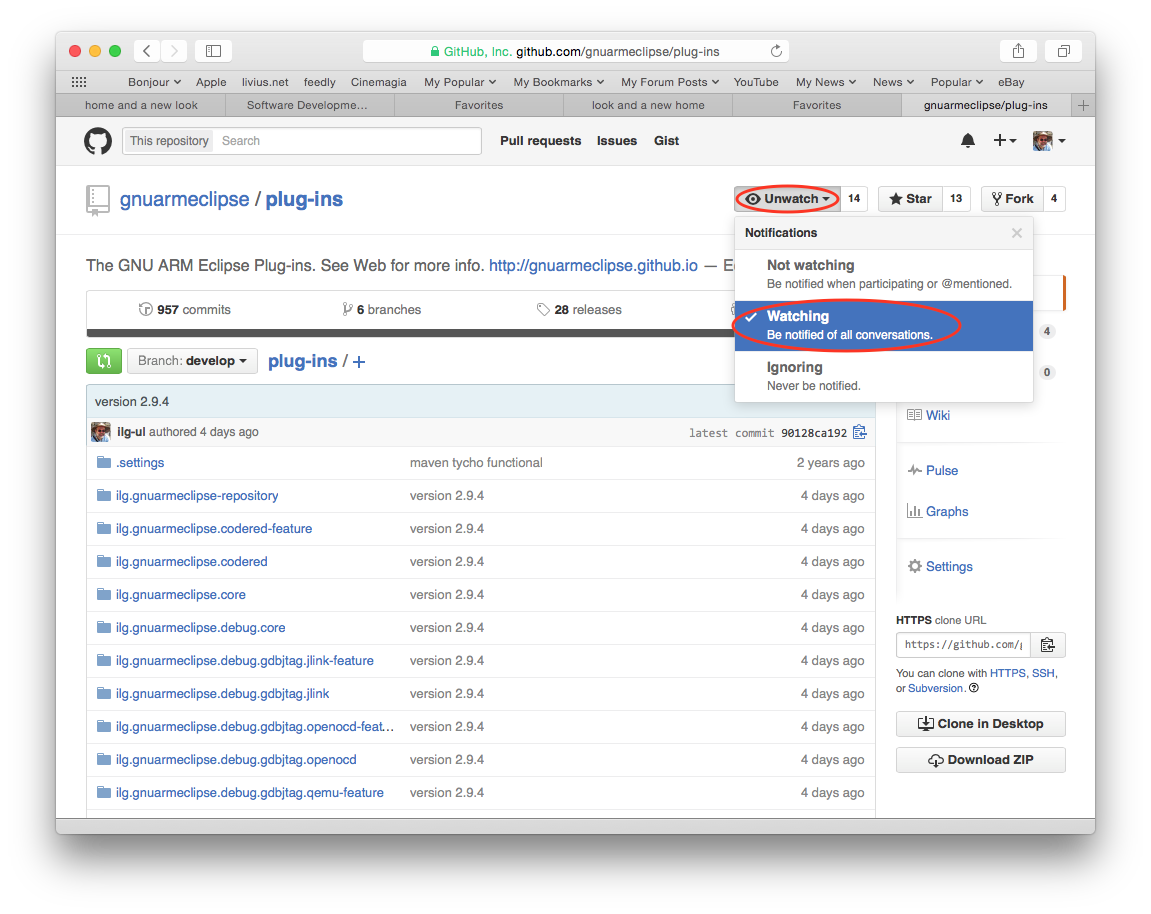 For more details about the GNU ARM Eclipse project, please refer to the project site http://gnuarmeclipse.github.io/.